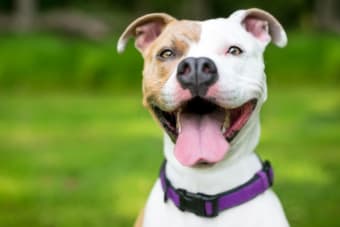 Respiratory issues are not only for humans, dogs can also experience breathing problems and respiratory issues. These respiratory problems can be scary for dog owners, so it is important to know what to look for and understand how to treat or manage them, and how to prevent them.  Our Redding vets will explain.

Several different diseases and conditions directly affect the lungs. In dogs, these diseases include:

Canine Distemper Virus: Distemper virus affects not only the respiratory system but also the nervous and gastrointestinal systems. This virus spreads very fast in areas where dogs are kept together.

Treatment options are limited in dogs with distemper. Vaccinations are available for distemper from your Redding vets.

Chronic Obstructive Pulmonary Disease (COPD): COPD is a long-term condition that causes inflammation in the pulmonary or respiratory system. It is irreversible and progresses slowly. It can also be called chronic bronchitis.

While COPD can’t be cured, some treatments can help manage it. Possible treatments include antibiotics, bronchodilators, and chest physiotherapy.

Kennel Cough: Kennel cough is a highly contagious illness that can be caused by either bacteria or a virus. It is called kennel cough because it quickly spreads through dogs when they are in close contact with one another.

Kennel cough is most common in middle to late summer. Antibiotics can help treat dogs who come down with kennel cough.

Pneumonia: This lung infection causes inflammation of the lungs. The causes of pneumonia range from allergens, lungworms, bacteria, viruses, and aspirated food, fluids, or foreign bodies.

Antibiotics can be used to treat pneumonia.

Lung Tumors: Lung tumors often are caused by tumors from other parts of the body such as the abdominal organ, bones, or skin. The most common tumor that starts in the lungs is pulmonary adenocarcinoma. Most of these tumors are malignant.

Most often, pulmonary adenocarcinoma occurs in animals who are more senior (over the age of 11).

Lung tumors are very hard to treat. Surgery is an option, but if the tumor has spread, it's less likely to be effective.

Colds and Flu: Much like humans, dogs can get colds and flu. The dog versions of these can have many of the same symptoms as they do in humans, and they can lead to much more serious illnesses if not treated. Most of the time, the immune system is strong enough that treatment isn’t warranted.

However, if the symptoms are bad, you can help your dog feel better by providing lots of fluids, antibiotics, and supplemental feedings.

The most common signs of respiratory problems include:

Depending on the condition, other symptoms may also be present. Lethargy, fever, lack of appetite, and numerous other systems may also be noticeable to pet owners.

Not all respiratory problems can be prevented, but some can be prevented. Like human flu spots, there is always a possibility that your dog will get a strain that they weren’t vaccinated for, but often the vaccine is very effective in preventing illness. In the case of some of these illnesses, the best thing you can do for your pet is just to watch for signs of illness.

If you are concerned about your dog's breathing, contact your Redding vets today for a consultation.

Dana Park Veterinary Hospital is accepting new patients! Our experienced vets are passionate about the health of Redding companion animals. Get in touch today to book your pet's first appointment.